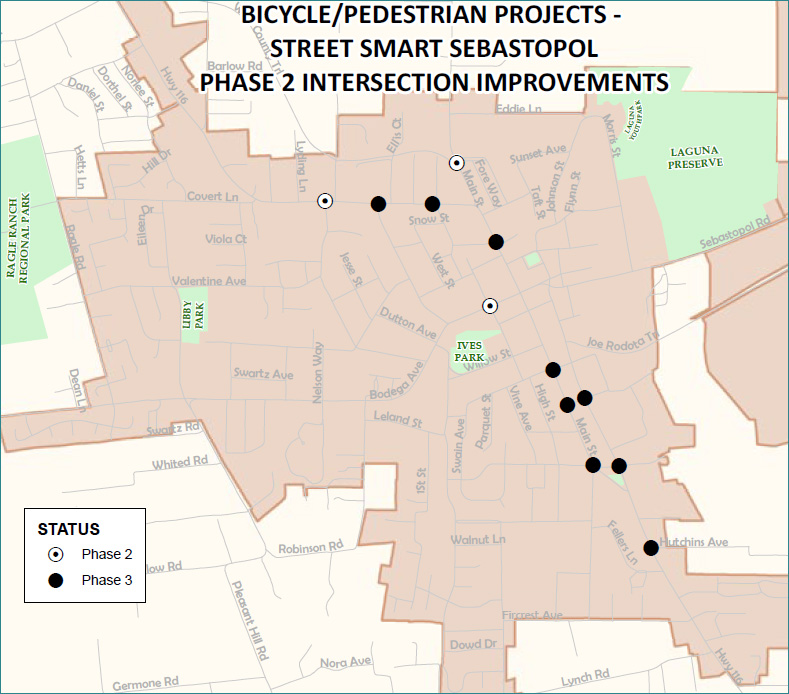 Intersection improvements include curb extensions (bulbouts), colored crosswalks, pedestrian
beacons, landscaping, sidewalk gap closures, signage, entryway treatments, and transit shelter improvements at various locations. The Street Smart Sebastopol project will be constructed in three phases. A Phase I project of crosswalk improvements at three locations in central downtown was completed in Spring of 2006 without the use of Measure M funds. The next two phases will complete pedestrian safety improvements at twelve intersections in Downtown Sebastopol, which were prioritized by the City Council for the Street Smart Sebastopol Program in May 2006.

Measure M Programming Capacity:
The City of Sebastopol has programmed all $2,000K of the Measure M – BP funds identified in the Measure M Expenditure Plan as well as local funding.