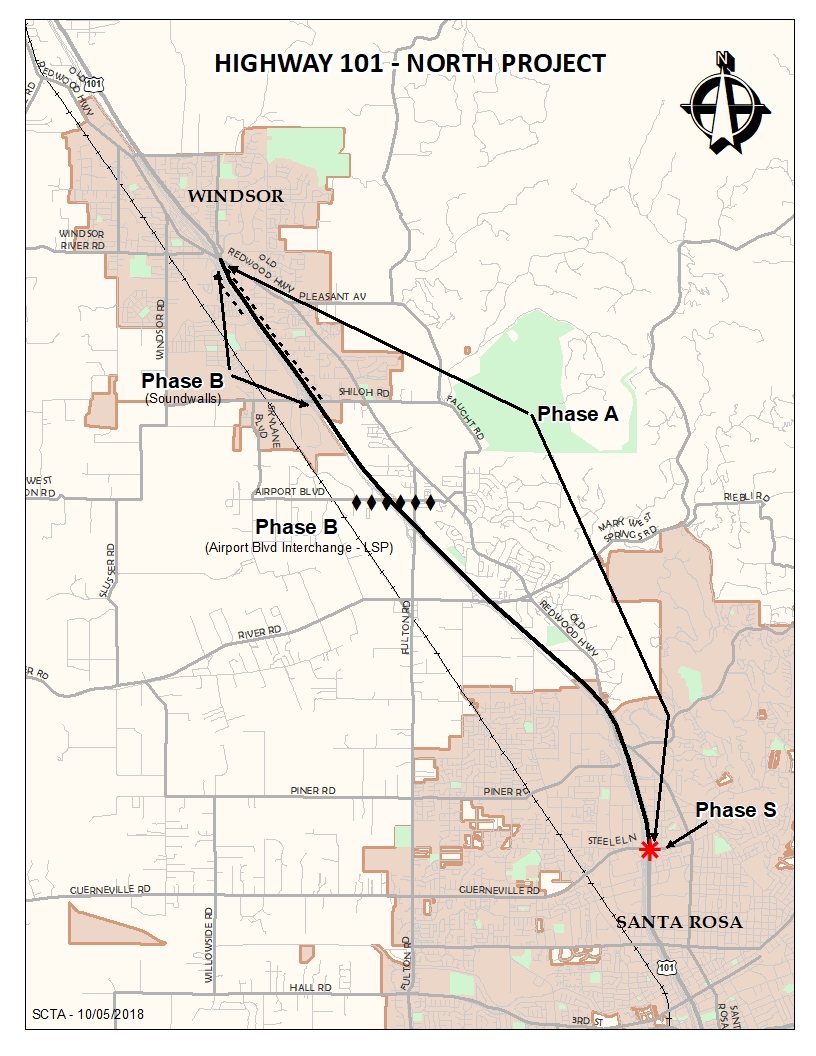 Project Delivery Strategy
The Environmental Assessment/Environmental Impact Report (EA/EIR) was completed in October 2007. Due to funding constraints, SCTA has initiated a phased strategy to deliver the project. The first phase of the project. Phase A, completed construction in 2010 and added High Occupancy Vehicle (HOV or carpool) lanes in both directions from Steele Lane to Windsor River Road. Phase B completed construction in June 2015 and included interchange improvements at the Airport Boulevard and Fulton Road interchange complex, as well as sound walls along Highway 101 in the Town of Windsor. SCTA combined Phase B with the Measure M – LSP program project to replace the Highway 101 overcrossing bridge at Airport Boulevard. Phase L provides for landscaping within the State Highway’s right-of-way. SCTA used $31.8 Million in Measure M – 101 funds and $9 Million in Measure M – LSP funds to leverage $157 Million in other fund sources.
In addition, the Steele Lane Interchange Project (Phase S) was included as an early phase of the North project. This project was completed in 2008.

North A Status / Schedule
The project started construction in October 2008 and was completed in December 2010.

North B Status / Schedule
The project started construction in October 2012 and was completed in June 2015.

Phase L Status / Schedule –
Landscaping is not currently programmed. SCTA is seeking funding opportunities for landscaping along the Highway 101 Corridor.

Phase S Status / Schedule –
This project completed construction in 2008 as an early phase of the North project.