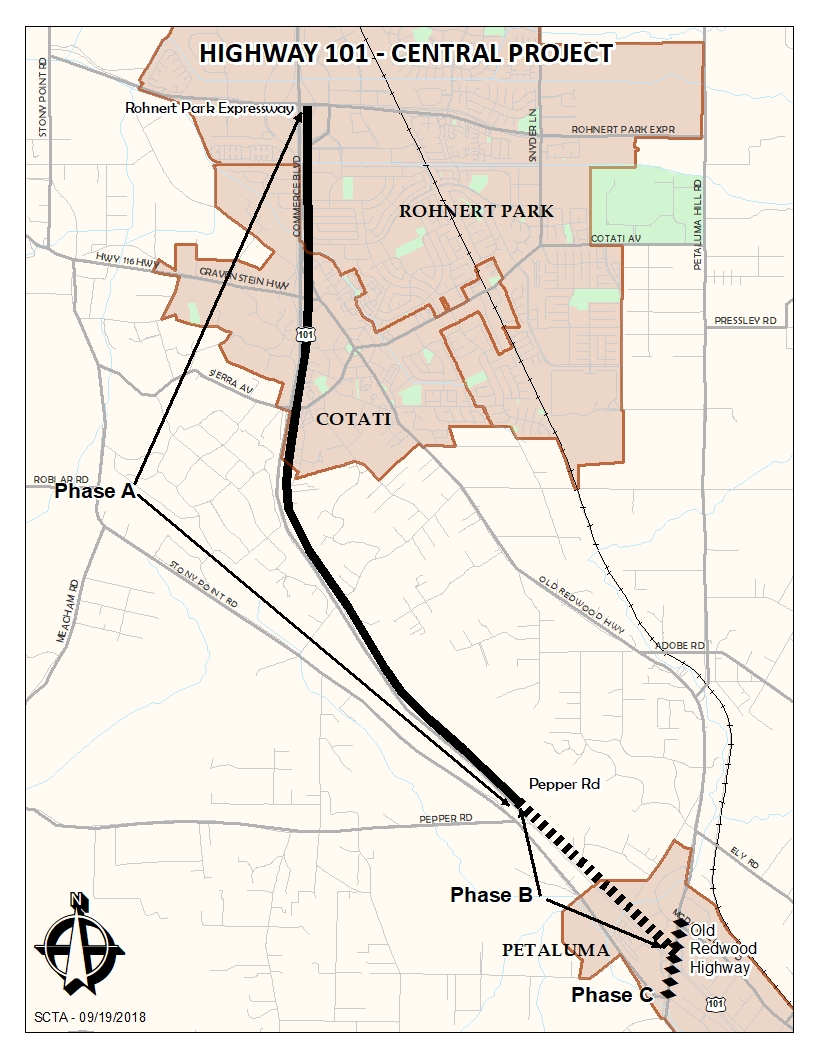 Project Delivery Strategy:
The Environmental Assessment/Environmental Impact Report (EA/EIR) was completed in August 2007. Due to funding constraints, SCTA initiated a phased strategy to deliver the project. The first phase of the project, Phase A was completed in December 2012 and provided for improvements north of Pepper Road to Rohnert Park Expressway. Due to infeasibility, the nortbound truck climbing lane was eliminated as part of the project.  Phase B was completed in July of 2013 and provided for completion of the HOV improvements from Old Redwood Highway to just north of Pepper Road. Phase C was completed in 2016 and provides for the ramp improvements at the Old Redwood Highway interchange in Petaluma. SCTA has combined Phase C with the Measure M – LSP program project to replace the Highway 101 overcrossing bridge at Old Redwood Highway. Phase L will provide for landscaping within the State Highway’s right-of-way. SCTA estimates $29.0 Million in Measure M-101 funds and $10 Million in Measure M – LSP funds were used to leverage $102.4 Million in other fund sources.  Final expenditure totals will be provided after all phases have been delivered.

Central B Status / Schedule
Construction started in June 2011 and was completed in July 2013.

Construction started in February 2013 and completed in June of 2016.

Central L Status / Schedule
Landscaping is not currently programmed. SCTA is seeking funding opportunities for landscaping along the Highway 101 Corridor.