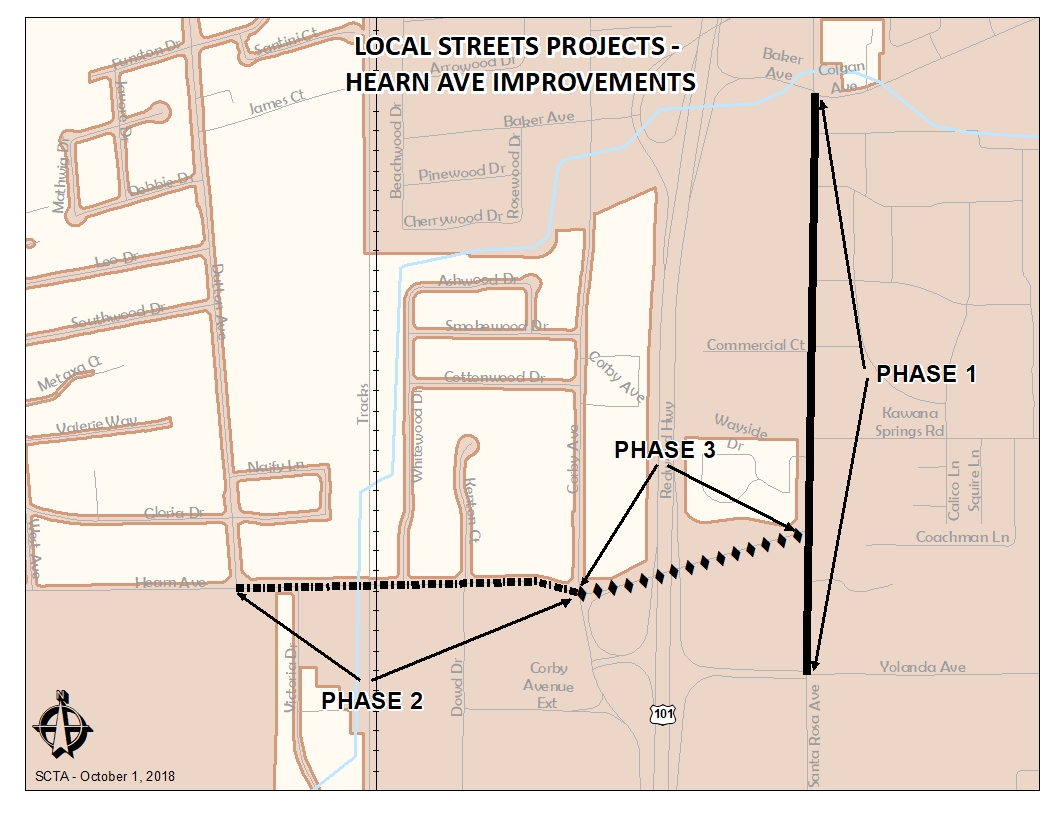 The City implemented a phased delivery schedule for the Hearn Avenue Interchange project as detailed below.

Widen Hearn Avenue from the Highway 101 over crossing to Dutton Avenue, including the addition of bike lanes

Phase 3 – Reconstruct the Hearn Avenue Over Crossing and Interchange at Highway 101, including the addition of turn lanes, bike lanes, sidewalks
Project Status/Schedule
The Project Study Report (PSR) was completed with Caltrans in 2013. Environmental work was completed in 2017. The City is currently working with Caltrans to complete the Design and Right of Way phases and expects to complete both by early 2020.  The City is actively seeking funding for the construction phase but funds have not yet been identified.

*SCTA passed resolution 2019-012 in September 2019 to commit additional Measure M funding to this project by amending the expenditure plan should the project be granted SB-1 Local Partnership Competitive Program funds.