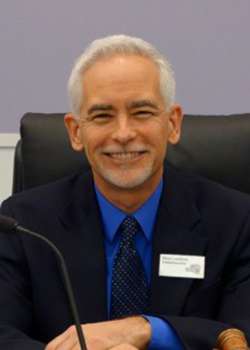 Director Landman represents Cotati and has been on the Board of Directors since 2013. He was appointed to Cotati City Council in November 2009, elected to a full four-year term in 2010, and re-elected in 2014 for a second four-year term. Mark Landman has lived in Cotati since 1987. In 2004 he retired from the Novato Fire District where he served the community as a firefighter, as one of the first paramedics in Marin County, and finally as a fire captain.